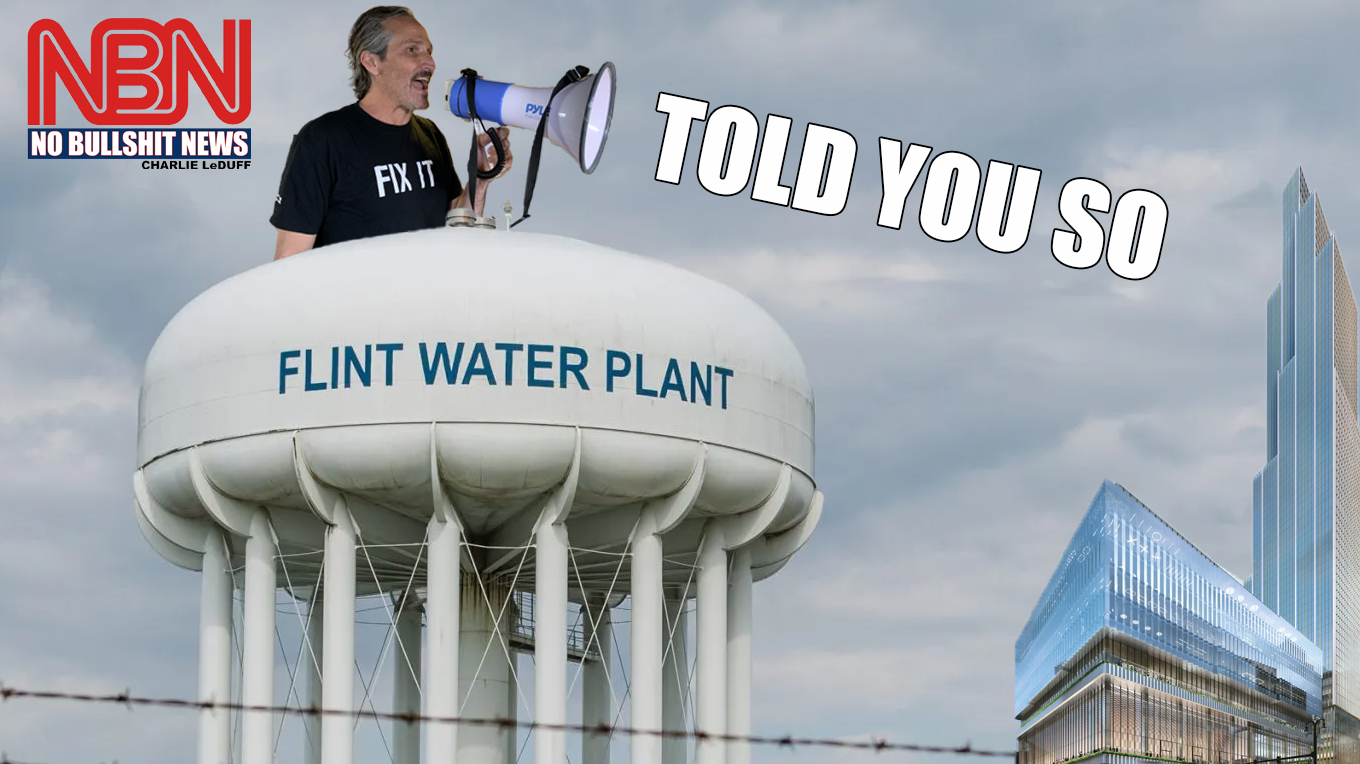 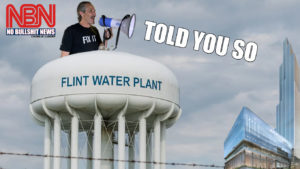 We told you then and today it all comes true. And we’ll tell you this. The only hour of news you need.

Exhibit A)   Todd Flood, the original prosecutor in the Flint Water Massacre, says in so many words that AG Dana Nessel blew it. Had Flood not been fired from the case, Gov. Rick Snyder may have been facing manslaughter charges and the money men responsible for the death and poisoning would be facing RICO charges.

Exhibit B)   Watch the mayor of Flint run.

Exhibit D)   Detroit Mayor Mike Duggan once called his demolition program the greatest in the history of the United States. Now the federal government is forcing him to dig up poisoned holes where children live. Stay tuned.

Exhibit E)   Slumlord Billionaire Dan Gilbert threatens to pull out, leaving his half-built skyscraper behind if he doesn’t get $60 millski from some of the poorest residents in America. City Councilman Coleman A. Young II says give it to him. Even if there are no blueprints.

Happy Fourth of July. Remember the great promise of America. And please share because Zuckerberg’s a dick.